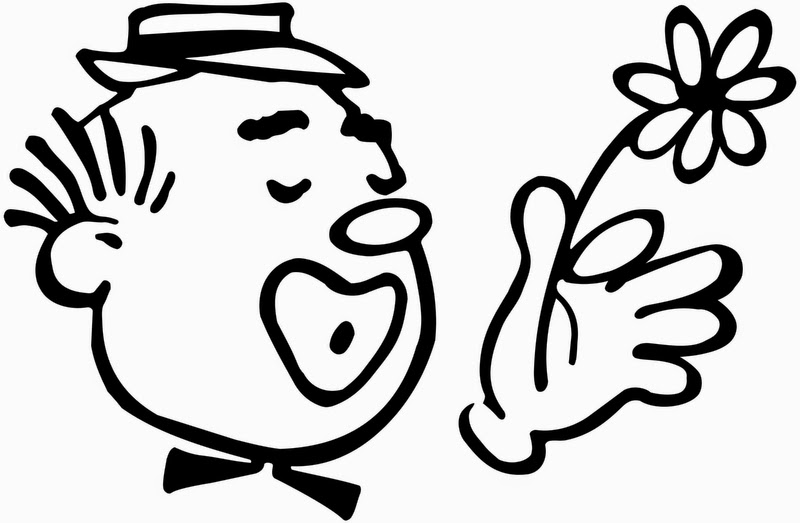 Poetry is often thought of as solemn and intense - so much so that humorous and just plain fun poems go unnoticed. I wrote a rather silly poem when I was a teenager. I suppose I ought to be embarrassed by it but I still like it. I remember most of it but oddly enough, not the title. Here is the poem from very long ago.


He asked was I inclined toward law.
I said without it life’s a bore.
He asked too if I knew any torts.
I answered yes of course all sorts.
He asked then what statutes did I know.
“Moses, David – Michelangelo.”
He explained authoritatively
he was the suitor, I, suitee.

Playfulness, wordplay, humor, and wit in poetry are the flashes of fun that make a poem original and engaging. The three elements of comedy – contrast, surprise, and exaggeration – are present in 16th century sonnets and in fun poems written this morning. The pining sonneteer who feels he will die if his beloved rebuffs him, the lady who is the recipient of his devotion, portrayed as terribly cruel, along with outrageous metaphors are all exaggerations. In Sir Philip Sidney’s sonnet “Oh grammar rules, oh now your virtues show,” the poet says two negatives equal a positive so the lady he courting saying no to his advances twice means yes.

“Love Song” by Dorothy Parker has equal amounts of wit and surprise. If you haven't read Parker before, you're in for a treat. Here is the link to the poem.

"The Ridiculous Woman"  is another silly poem of mine written several years ago. The poem has a bit of dark undertone but not enough to hide its essential goofiness.

I’m a ridiculous woman
in a ridiculous body
wearing ridiculous clothes.
My eyes are two buttons,
my nose a clothespin,
my mouth, half a crayon,
ears, shells of odd size,
hands, empty mittens.
My feet I refuse to describe.
My dreams are of noodles,
my hair, spinach green.
I’m the most ridiculous woman
I’ve ever seen.

Poetry isn’t limited to solemn, intense poems. Poetry also embraces silliness, humor, and wit. Tragedy is always waiting offstage, anxious to make its entrance, but when comedy is center stage in a poem the result is delight.

Image: © Retro Clipart/Dreamstime.com
Posted by Barbara Alfaro at 11:40 AM