Candlelight and Joy: A Tuscany Remembrance 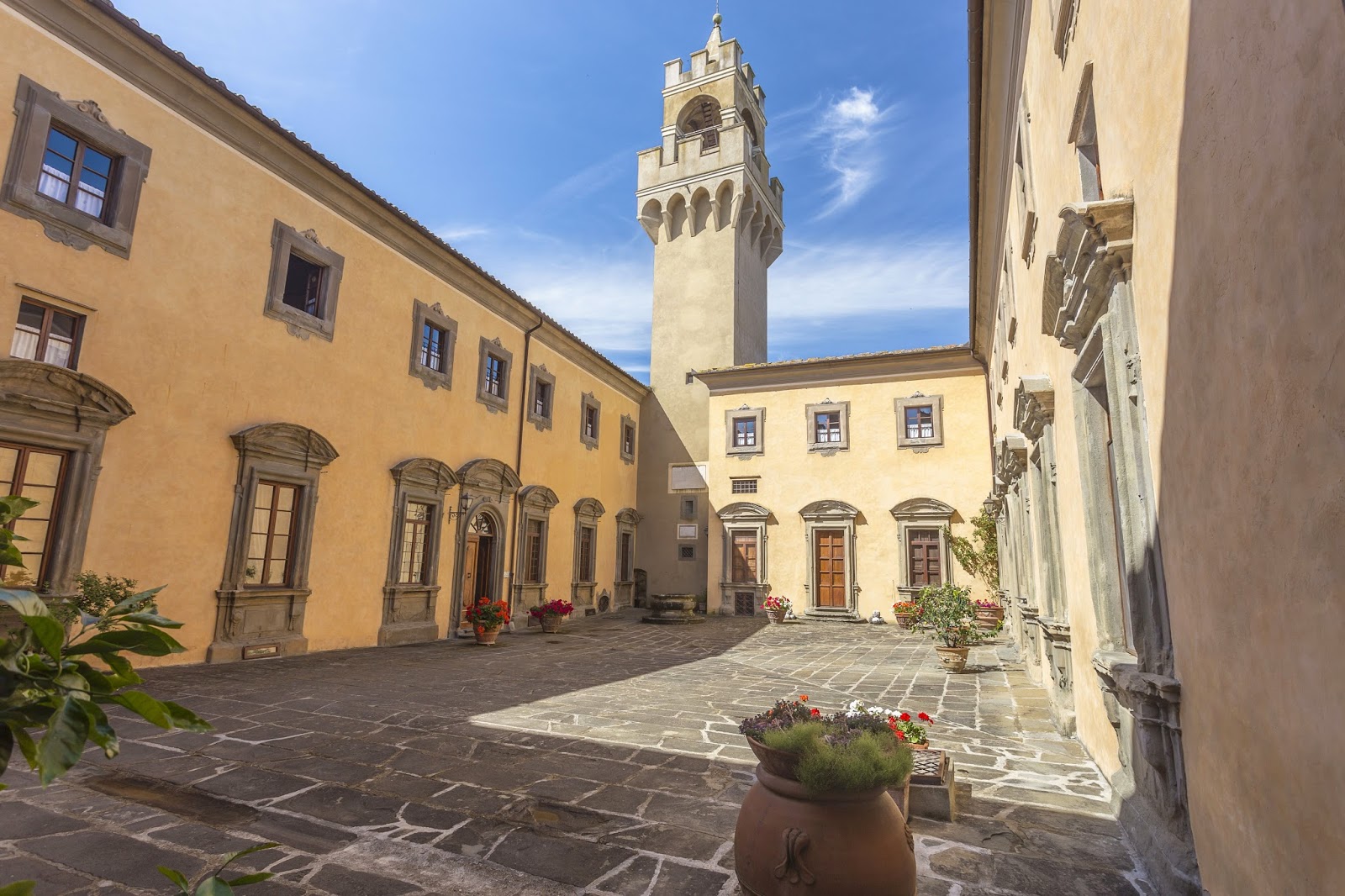 I notice that often after I experience a disappointment or a loss, somewhat paradoxically, beautiful memories occur. While these memories cannot eclipse the sadness I feel, they interrupt it for a while and begin a gentle healing. Recently, I experienced what I have just described. I remembered looking at advertisements for retreats for writers in the Poets & Writers Magazine. I had looked at similar ads many times before, for years, but this time I planned to do more than sigh.

I read about a retreat for writers in Prague. The photographs of this ancient city were beautiful but somehow I couldn't  imagine myself there. Another retreat for writers was in a castle in Ireland near the seacoast but its description was very clear about retreatants having to make their own beds and help with kitchen and other communal tasks. This certainly wasn't the dream vacation I had in mind. It sounded like I'd be back in convent schools and frowned at if I forgot to tuck the seat of my chair under the table after meals in the cafeteria. No, I wasn't about to pay several thousand dollars to perform communal tasks. I saw the ad for an artists retreat at the Castello di Montegufoni in the village of Montagnana in Tuscany. A group of fellow writers would come together for a week in this centuries old castle. I applied for a travel loan at the publishing house I worked for and the following month found me on an Alitalia flight.

There were eleven writers in the group and it seemed everyone knew each other except for another woman and me. This woman, a chronic chatterer, a very loud chronic chatterer, attached herself to me like a barnacle. She blabbered so much and so rapidly during the bus trip from the airport to the castle I was ready to throw her from the turret once we arrived. Perhaps because she and I weren't in the inner circle, it had been decided we would be roommates. Though I am usually somewhat timid and unassertive, before we had even unpacked, I had a "conference" with the group leader of the retreat and made it extremely clear that some roommate reassigning needed to be made. I had escaped becoming a part-time housekeeper in a castle in Ireland, I wasn't about to become She Whose Vacation is Ruined in a castle in Tuscany. I was assigned a new roommate, one who spoke with a normal speech cadence supported by thought. From that point on, happiness became my normal way of life.

There were no typical days that week, only splendid ones. Days that began with white embroidered curtains moving gently in the morning air, the sounds of cooing pigeons, buzzing insects, and someone sweeping the courtyard. The windows of the castle are squares within squares. And like all the windows and doors in Renaissance times and many even today, the wooden frames form protecting crosses that were originally meant to keep evil away. After freshly baked breads and coffee, retreatants rush up a stone stairway to writing workshops where stories and poems are shared. Afternoons are spent in the museums and cathedrals of Florence, Fiesole, San Gimignano, and Lucca -- and always, Florence again. At dusk, in the castle courtyard, tree shadows create their own beautiful mosaic of circles and leaves. Evenings, after lovely wines and Tuscan cuisine, poetry readings are held in another part of the castle where poets read by candlelight. My favorite note from my journal is "Candlelight and joy." 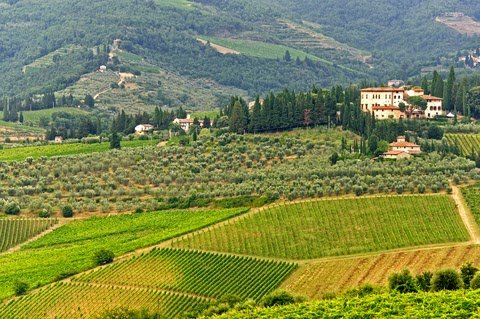 Castello di Montegufoni, with its mystery and whispering grace, the paintings and sculpture of famous and unknown artists, the vineyards, and the hills with seemingly no horizon, all the breathtaking beauty of Tuscany can never be captured no matter how excellent the photograph or painting. It can never be captured but it can be remembered and that is sometimes more than enough. 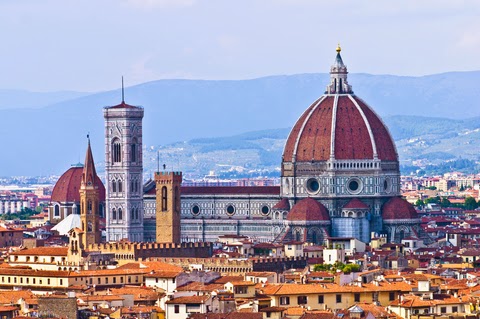